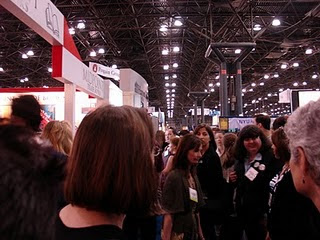 Wish I was there but family matters squat upon me like the iconic gothic "Night-mare" painting of old. The publishing and retail bookselling biz ain't quite dead yet. Of course, having Sarah Ferguson or Barbara Streisand pitching their latest crap draws folks in, along with free books from graphic novels in the DC or Marvel areas, to slews of coffee table tomes and tschotchky. Black folks are there, oh yeah--BEA is like our internecine reunion and gladhanding fest, though other apparently better-heeled ethnic groups don't seem to put the same emphasis on this.
I'm following the Tweets and bit.ly links, and hope something dramatic pops off. In the mean time, back to work. Three unfinished projects. Michaelangelo or Dickens I am not.
Posted by Christopher Chambers at 3:51 PM 4 comments:

Interesting how the children, and now grandchildren, of folk who'd have not a pot to piss in were in not for the WPA, GI Bill, FHA, farm subsidies, interstate hwy and military base construction/contracting, mining on federal land, repeal of Glass-Steagall, federal student loan guarantees...even Medicare & Social Security...complain how "Big Government" is ruining America?

Interesting how so many of WWII's "Greatest Generation" were responsible for racist terror, murder, intrasigence, intolerance not just in the South but across this nation? Pretty much mimmicking the red scares, race riots/lynching and paranoia of their hero doughboy fathers from WWI. And the children/grandchildren now deal with the aftermath.

Interesting how this same group of heroes were responsible for birthing the mass-produced-throw-away-drill baby drill culture and economy that is sucking this ole Earth dry and nastying it up? And the children/grandchildren now deal with the aftermath.

Just interesting, that's all...
Posted by Christopher Chambers at 10:45 AM 20 comments: 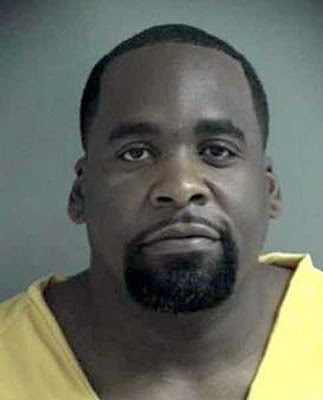 Y tu mama tambien...
I'm sure there are young men in Detroit who think you are now a member of the prison tog club and thus held in even higher esteem.
Posted by Christopher Chambers at 5:52 PM 53 comments:

Brandeis U study-Black Family Wealth Tanks, and it's not due to Bling

And read more here for the details.
Posted by Christopher Chambers at 12:46 PM 4 comments: 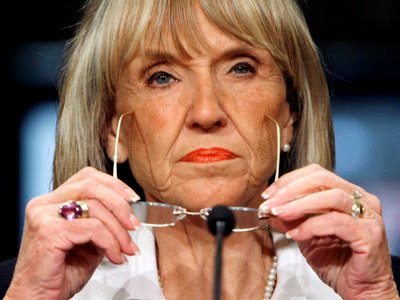 Well, is it sun damage? Jealousy that black don't crack, brown don't frown? And of course in typical wingnut fashion, this, the state that vehemently opposed an MLK Holiday, is trying to misuse MLK's legacy regarding ethnic studies, to wit, "It's just like the old South, and it's long past time that we prohibited it."
What lies and insouciance. I'll leave ignorance and blindness to the rank and file whitefolk. The politicians, however, know exactly what they are doing.

Time for the technocrats in the White House to wake the hell up. But then again, let these crackers have their last hurrah. They will be the minority soon, and it scares the hellout of them. I wonder why?
Posted by Christopher Chambers at 11:23 AM 91 comments:

...and black culture, the black polity might rebound. Some Norplant in certain areas of Chicago, given the mindless violence there, might be more effective in the long run than cops, the National Guard, social programs & mentoring, youth groups, blah blah blah...

And here's a cartoon to punctuate it. Enjoy.

Posted by Christopher Chambers at 10:09 AM 3 comments: 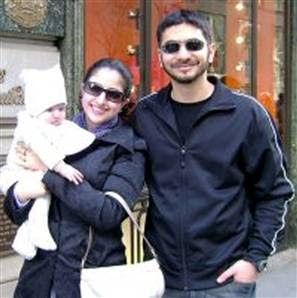 First these clowns at Howard, now this idiot. Wannabees are attending DC area HBCUs. A correlation between dumbasses and who HBCU's let in for the cash? Mrs Nat, an HU alumna, would kill me...
Posted by Christopher Chambers at 8:24 PM 3 comments: 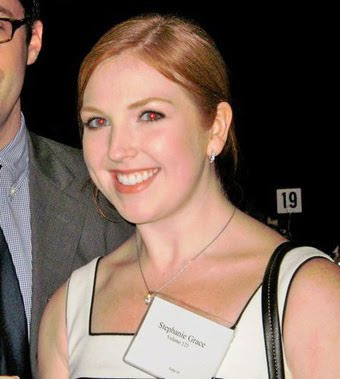 I still can't believe these little immigrants invented zero, or these Africans and Chinese pioneered medicine, surgery and pharmacology as we know it while whites were still dying of funk. Makes no sense, do it, Steph?
Posted by Christopher Chambers at 7:39 PM 67 comments: