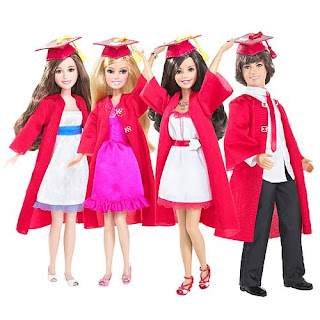 Yesterday an official at a local university patted me on the back after chortling, "Students are customers. We provide a commodity. We have to keep the customers happy." And the pat came when I said, "The customer's always right." This person nodded.
When the official removed his/her hand from my scapula I wasn't chilled, chagrined or confused. I laughed in his/her face for that was the dumbest thing I'd ever heard from a college official's mouth. Oh yes, that's a dominant "business model" now, whether you're at an elite instituition or a large public land grant university or community college, competing for bucks and bodies with proprietary online diploma mills (which indeed help a select few yet rip off the great mass of both hopeful folk and near- do- well retards alike, enticed by slick prime time commercials or low budget offers during Judge Hackett or Maury).
Let me repeat. Customer, like a someone in Wal Mart or Safeway or Carmax. Commodity, like cooch and crack and slave labor and packages of bacon and Jimmy Choo slingbacks. OK, I'd agree are "consumers." Consumers who must have access to accurate information so they may informed choices, and be protected from chickanery. We homo sapiens have been on this planet a mere pubic hair's breadth of time. Even in our own pitifully short tenure, it's only been in the last 9,000 years that we've truly re-invented ourselves as farmers, herders, then urban dwellers and true creators of great things. One of which is formal schooling, and its supreme expression: higher education. A pillar of our civilization.
Usually the "customer" paradigm is the province of bean counters or moronic politicians and loudmouths who want to short-shrift education. Indeed many of the latter two groups' denizens where dumbasses in school anyway, and such is their revenge. But to hear college officials who should know better recite this as some mantra, or worship it as golden calf, well, I just have to laugh. Laugh till I puke. Education is exposure and engagement, not pandering. We see the pander element destroy or news media, our political institutions and parties and set our religious sects to war. Hey, why leave university educations out? A workforce flows from enlightened people, not a least common denominator pipedream whereby everybody learns Excel and takes multiple choice exams, and are thus ready for an "Office Space"/Dunder Mifflin nightmare (only to be downsized or outsourced to Mumbai). Indeed, places like India are merely cheap. many of the folk doing the work however, have struggled hard to attain top flight university educations while we figure out to challenge students the least, or work around their desires, prejudices, entertainment schedules. Oh, and put butts in the lecture hall seats. Get the $$$. That's the most important. I mean what's next--the new proprietary "DillingerOnline University" for death row convicts? The experimental Princeton-Harvard-Yale funded The MS-13 get a B.A. in materials management and human resources based on gang experience? Or better yet, a large state system opening a distance learning center at Gitmo. Get your accounting degree with GI Bill money and it'll only take a hour a week away from the ennui of walking a post and the occasional thrill of waterboarded a raghead!
There HAS to be something mystical, wonderful, semi-unattainable about higher education, else it becomes trivialized, even abandoned. We have enough twisted anti-intellectual crap in this country, teenage wannabe hip hop moguls to Ted Nugent, from Sarah Palin to "Gossip Girl" and "Dancing With The Stars." And of course it shows in our economic, scientific and political standing abroad. But we've been lucky. Our size, our resources have been hedge and prop. That won't last. We must invest--if you like business terms like "customer"--in our physical and intellectual infrastructure.
So aren't customers but rather they're instruments. Securities. Seeds. And that official who patted my back would be wise to think of his/herself as an investor, a farmer, a nurturer, a herder, and not a carnival barker with an E.d. or Ph.d. By the way, I don't work for that college. I just know this official. But I'd laugh at anyone one else who comes at me with this customer bull. Better still I'll just give "A's" to lazy fools, send them out in the world, and then we'll see what happens to a college, university or community college's rep then. No matter, as long as the conveyor belt puts butts in the lecture seats (or online), and robots in the workplace. Nobody loses, eh? Except civilization.
Thoughts?
Posted by Christopher Chambers at 2:34 PM

The technology and the texting generation will only make things worse.

One of my adjunct professors said for the effort she put in, for what she was paid (no benefits either), she could as well work at Walmart.

The tuition at his school was almost on par with the Ivy League schools. I'm thinking whose money are they saving. I had already lost one good professor, because they downgraded his position.

Online is cheap for the school and more expensive for the student. Basically the professor is like a moderator of an online forum. You have to teach yourself. At least that was the case with the one online course that I dropped as soon as class opened up on campus.

This is just my opinion.

The "value" of higher education began to decrease when more people began attending colleges. Now a bachelor's degree is like a high school diploma, a master's is like a bachelors, and a doctorate is like a masters.

Since more people are obtaining BAs and BSs, doesn't it make sense for universities to compete for those student and future alumni dollars?

Also, it's been my experience that employers really don't want a highly educated workforce. They need people who are trainable. Companies now seek people who don't mind not having a single independent thought for 8 hours a day, someone's whose personal intellectual interests don't conflict or compete with those of their jobs, someone who doesn't question management.

Basically, companies want drones and that's what universities are producing. Why shouldn't they turn a profit?

I don't think politicians want that either. They want morons as voters. How else can you explain Joe the Plumber taking it in the ass from the people McCain and Palin truly represent, then messing with Barack? Franklu I think it is an embarassment to educated wealthy white Republicans.

Couldn't the same thing be said about the democratic party?

However, is it also possible that corruption, mismanagement and a lack of perceptable business plans and goals by college presidents in the past has necessitated this?
Indeed, many schools had turned students to invisible people, numbers, non-persons by the late 1970's. Administrators were uncaring, dorms and facilities crumbling and professors were intellectually arrogant and dismissive.

There is truth in both perspectives. You have to maintain the excellence as well as the mediocrity of a higher education institute. However, you have to know your customer. Someone who wants to go to G-town would refuse to attend if they knew that their peer was a C+ student in a public schoool. Simultaneously, you have to provide the same services and aesthetic quality that one would get at a public non-HBCU (a whole other topic there).

Okay I'm not brownnosing you (as you are my professor) but I think you're right. I think my classmates like being pandered to and unchallenged. Who doesn't?

I think that was an incredibly stupid statement on his part. Did he go to college in the late 60s or early 70s? Is he from the front end of the Baby Boom? Is that why he's such an idiot?

Everybody who knows the game knows that the students are the commodity. Entities that contribute to the institution (in return for access to the best commodities and influence over their manufacture) are the customers. Colleges compete for the top commodities (top scholars, top athletes), but it isn't competing for customers. It's packing plants bidding on the grand prize hog at the state fair.

It was a she...and no, she didn't have a clue that the students are the commodity. That's the point, and too many of these clowns miss it entirely.

Classmates have been disinterested at all levels. They don't want to stretch and grow mentally. Schools are too busy posturing about the quality of their sheep dippin plant.

I often felt like a trouble maker for asking questions and being curious. Why go through the motions if there is no learning involved? Let me swipe the credit card and go home.