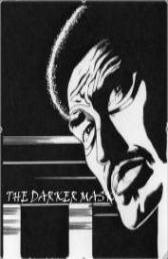 "I stopped and looked back. 'Die, God damned your white soul,' I wept. 'Die!'
'Oh Nat please kill me...I hurt so,' I heard her whisper.
The sword fell from my hand..."
--William Styron, The Confessions of Nat Turner

Welcome to Nat Turner's Revenge...I'll get to the Pope, the mysterious (yes mysterious) freefall of gas prices pre-election, attaching battery cables to "detainees'" scrotums, Uncle Sam bugging your phones a la that Will Smith-Gene Hackman movie, Hugo Chavez, our GOP Governor Bob Erlich actually wailing on the right wing tool who builds voting machines, the new Mayor of D.C., egg fertiliation after age 40, Baltimore, Murderland, black megapreachers in love with George Bush and their hatred of "lezbos & faggots," and those n**gahs in Pittsburgh who tried to smoke the Duquense basketball team after a beef over a girl (and speaking of a girl--is that not typical of that little thug groupie chick who allowed them into a campus party, armed!).

But first I want to hawk our new project, THE DARKER MASK, a collaboration with Chester Himes reincarnated: Gary Phillips. Tor Books bought it after Doubleday just didn't quite understand what we were doing and "how to market it." More on the arcane publishing industry later.

This is what's running in Publisher's Weekly and Black Issues Book Review
"Trade paper of original adventure stories, illustrated by the most EXCITING young artists of our time in that old "pulp" retro style...recounting the derring-do, the triumphs, the failures of beings we call SUPER HEROES. They are regular folk. They are swaggering adventurers. They protect the weak. They are the weak--invisible, poor, alone, despised. Mowing lawns, hemming clothes. Sweating in factories, suffering drug rehab. Reluctant Gods, perhaps? Yet they share one thing beyond extraordinary powers. They wear...

As "Omar" on The Wire would say: "Now this be some righteous sh*t to fret, son!"
Posted by Christopher Chambers at 9:06 PM

For your information, yes slavery was "wrong" just like abortion is wrong. Nonetheless, it was legal and protected by the Constitution, and Nat Turner was a mass murderer, any way you slice it***sorry for the pun***

However, your book looks cool and I'll look for it even though I've only heard of Peter Speigelman. Is it a graphic novel or a book with pieces of artwork?

Your comment was framed wrong, but that is only but one of the problems. Analytically, it is impossible to come to some reliable conclusion that slavery was "wrong". The problem of truth reduced to the question how are propisitons validated? your comment reveals nothing concerning any matter of fact, but it gives new knowledge,inasmuch as it brings perspective to the implications of linguistic use.

calling a black man racist after his ppl have been enslaved after 400 years is like calling native americans now﻿ racist after he says he hates white ppl, dont believe the hype white ppl as a whole have been nothing but destruction

There are several points that that are required to be considered while selecting movers in nyc / local movers in nyc. Moving is a complex and big task for the whole family. Everybody searches for dependable options to get moving solutions that are end to end.