Season's Greetings from the Chambers Tribe. Catch you later... 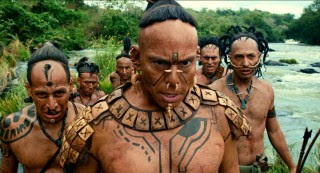 Leave your holiday greeting if you'd like, and I'll give you a shout out...


Posted by Christopher Chambers at 5:51 PM

Merry Christmas and best wishes for '08.

Best of the season to you and your family my brotha!

Peace on earth good will to man and all the stuff.

Thanks for good year and some great thought-provoking material, Chambers. Merry Christmas and Happy New Year!

Happy Festivus to you!
L

Season's Greetings to you and yours

Merry, Merry! Happy New Year to you and yours too.

However I am NOT a fan of "Apocalypto" other than seeing Rudy Youngblood (who's black, by the way), and Raoul Trujillo (who's gay, by the way, and played the cowardly lion in Tin Man) runing amok in there loinclothes!!!

Happy Holidays and God Love this season and all year.

Lisa Gordon from the Dirty Midwest