Another Frankenstein's Monster dies on the ice floes. Now may we PLEASE kill Dr. Frankenstein?! 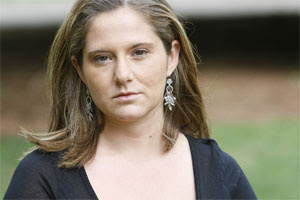 Allegory alert. I felt compelled to reprint this piece from the New York Times in it's entirety, no link, before the election news takes over. Of course, the Times reviewed the book. Of course, the book was feted by Missy Ann whitegirl editors and agents and phony-ass literatti. That makes the bosses happy, for they must answer to the hedge funds that own the stock and control the bonuses. But hey, whatever sells, right? An check out the cover. Screams in a Lil'Kim coarse cry: "I am the white voice of the ghetto, of the hood." Ha! Edgy, gritty--those words white people just love. You see it these reviews of black books in Kirkus and PW, right? Often written by...certainly published by...the same white people who w 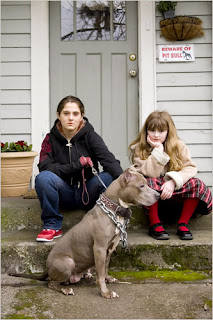 "It's alive...alive!"--Dr. Frankenstein
Posted by Christopher Chambers at 3:23 PM

Yeah--but notice how they bury it as soon as it happens. "Pay no attention to that man behind the curtain." That one line from Oz is "allegory" for so much going on in politics, culture, the media these days!

First of all, what kind of relationship does she have with her sister? I'm not close to my sister but I would call a publisher to "rat her out."

Second, I'm amazed by the public's (or is it editors?) fascination with memoirs by people under the age of 50.

I was about to say the same thing. The older sister must have a chip on her shoulder or knows chica is crazy. Then again, she might be the only normal person in Sherman Oaks.

I'm going to write a book about my life....being raised in rural Alabama by a KKK family that fostered me. See if I can con anyone into buying that.

Yes, this story is appalling. I've always said that other cultures are fascinated by us. Now this woman is lying to be among us, sympathized among us. Stupid! Except, she'll get the sympathy that we never get.

typo: wouldn't call to rat her out.

So the editor McGrath feels "betrayed?" These people at these publishing betray and lie all the time, and sacrifice real work from real people every day. I have no sympathy for her. I hope they fire her, but that would mean they should all fire themselves.

most magazines i've wriiten for, even the source, had some kind of fact checking department--so why can't major publishing houses do the same thing.

one other thang--if the book had been sold as a novel, would the nyt called her "the new susan straight." just wondering

I was talking to a film executive today at a production company who was trying to find out about the rights (before the truth came out). She went off saying if a black person wrote this book would they even get an agent? I agree with you that everyone was probably thinking "oh this is so edgy!!).

After the Frey debacle why wouldn't you fact check? Why didn't Seltzer write this as fiction? I too wonder about the sister who called the publisher. Something is going on there. Her sister is much older, are they half sisters? What is that family dynamic about?

Guess Sarah McGrath and Faye Bender don't know anyone they could call to ask about the Bloods?

Or maybe even bothered to read another book about the Bloods and the Crips to cross reference the tales Ms. Seltzer told?

Is it truly that easy to game these publishing people? Because if it is maybe I should start working on my memoir
My Real Name is Hillary Hussein Clinton?

I want to buy the sister a drink. Snitching is not a crime!

I'm going to write a book about my life....being raised in rural Alabama by a KKK family that fostered me. See if I can con anyone into buying that.

At this rate, I'm sure Random House would buy it. They don't know the different between an autobiography and an automobile.

Can't these people come up with something that wasn't stolen from Dangerous Minds?

To Mike G: "...even The Source?" Mike you are a traitor to your people when you even play off the stereotype that such an august magazine, the Vanity Fair, The Nation, the New Yorker of thug worship might be slack when it comes to fact checking. hahahahaha

I first found out about this on the Undercover Black Mans blog. Crazy! But, unfortunately, I think that people are right: Would this woman have recieved an agent (or gotten this book published) if she werent white?

Oh and Chris, I have a follow-up question per your question...you can see it back on my blog.

I also seen this first on Undercover Black Mans blog, and I must say, it gives me hopes about writing my biography on me fighting in the Civil War, to protect white Christian males right to slavery. ( I'm Black)

i read about this woman. there is honestly no way that this story would have gone through to publication without basic fact checking. the interviews she gave are all over the web, and are utter bullshit. this is obviously something that was planned from the very beginning. the publishing house her and her agent had to all have been in on it. frey continued to sell astronomically even after the oprah snagged his sack on her couch. the know the sheeple out there will still buy this crap. like everyone else here, my bet is that a black person would NEVER have made it thisclose to publishing that tripe.

I've had comments from white folks on my princeton writers liserv astonishingly admitting the same: a black female wouldn't have even gotten an agent--unless it had some cartoonish sex and violence and hip hop and a church/Tyler Perry/grandmama cursin' and praisin' Jesus. Then we'd see an Essence Bestseller...

The older sister probably viewed the image of her younger sibling after reading the article, and knew immediately she had to interrupt this deception in order that neither she nor her concrete suburban family have their image tarnish or affliated with gang or black culture.

The question is, all of the money she would have made stealing the stories of these "children from the hood", would she have kept it or donated it to these people whose "lives she wanted the public to know about and understand". Also are we so brain dead from hours of reality television that this sort of ghetto lifestyle fascinates us? I can just imagine how the suits at the publishinghouse were salivating when her story came across their desks, fact check please, all they saw were dollar signs.