My first recommendation for '07 is Eisa Nefertari Ulen's debut novel Crystelle Mourning (Simon & Schuster). Eisa is a journalist and an English professor at Hunter College in Manhattan. Let's try to avoid the "literary fiction" moniker because that seems to be a death sentence in this era of hyper marketed "urban/thug/hooker" novels. But Crystelle Mourning is indeed a story rooted in "urban" mould. Eisa recently explained her approach and the novel's general themes: 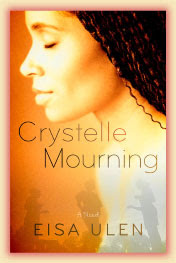 "It’s not a story about that particular girl, it’s a story about
all the nameless, countless, girls and women who watched, powerless, as the boys
and men they loved most “got shot up or locked up or somethin.” How were their
bodies responding to this destruction of Black male flesh? How were their souls?
I was teaching elementary school in Baltimore in the very earliest 1990s, and I
would often have to stop class because one of the kids born addicted to crack
had taken asthma medication that morning and was, literally, climbing the walls.
“Go get the nearest male!” I’d tell the nearest child as I futilely tried to
physically restrain the power of the nearest crack baby-- now age 9, with an
almost man-like power. One of my students went to five funerals – all her
cousins, all male, all teens – in one school year. She still managed to get low
Bs. How did she? How did her mother remain so resilient and strong? What of the
women who weren’t so strong? Were those many funerals connected to the long bout with pneumonia my student suffered that same year?" 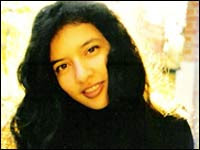 Yours Truly can attest, fanboys and girls. One day Eisa invited me to speak to her class in my former life as a lawyer in Bo'mo' City. That was around 1991 or thereabouts. Day-um...seems like a million years ago but I still recall the experience in vivid detail. So much promise and pain in the eyes of these little kids. Of course, I saw a different species of pain and of promise manifesting--depending on whether I looked into the eyes of a little black boy or a little black girl.

The main character in the novel, Crystelle, is haunted by this promise-pain duality; her life is steered by that other overarching duality many African Americans juggle. That is--what is it to be black, yet educated/upper middle class? Worse, what is it to have been poor, or grown up in "the hood" and then left all that behind for the middle class? Crystelle's haunted by a boy, Jimmie, she loved in a from where she physically separated/escaped/abandoned, e.g., the mean streets of West Philly. Now she's a NYC buppie. Now she's engaged to a bougie professional brotha. Now she's an ad agency wog. Now she's dealing with that level of duality as well:

"Timelessness shifted places with now as soon as Crystelle opened her eyes. So when her lids drifted down, all she could see was the office where she sat and tried to sell hot chemicals for Black women to pour over their hair. Relaxers. She needed to get ready to go to work. She pulled the covers over her head. She had to go to work. Now she could see the pile of old ad copy on her drafting table. That campaign was over, but a new one would be starting soon. She would have to meet with clients early next week. She would have to do some research, come up with new ideas. What should the model say while she rolls her neck to sell the stuff that straightened hair like hers?"

I will dispense with the usual cliches written in reviews of such novels, i.e. "lyrical and intelligent." Those are baselines when it comes to Eisa's work. Nuff said.

There's another reason you should buy and read this, and recommend it to your bookclub. I'm tired of listening to you women (yes I'm calling you out, Baisden style) whine and cackle about how much you want "better" fiction for your bookclubs, yet you consistently throw up your hands and pick the latest churchlady stuff or skank memoir. We want folk like Malaika Adero at S & S/Atria to publish more books like Crystelle, right?

Posted by Christopher Chambers at 3:41 PM

I think it's available on BlackExpressions. My book usually oreders from there, as you know, because of the price.

This novel looks very interesting and I will also recommend my daughter take a look. Thank you.

Chris,
This book sounds lyrical and intelligent! Just kidding -- It does sound like a wonderful book though. I especially like the theme of duality. That of being from one place and yet living in another. What is that old saying --you can never forget where you came from? Let's hope that our sisters, brothers and others can get on board with pieces like this one. The problem is, there is quite a bit of good fiction out there, just not enough publicity for them. Amen to you for putting it out there.

lance, this isn't a "chick book" bruh. Spread the word in Oakland for folk to buy this book. As for "manly stuff" well what is manly stuff? More thug lit? Lebron's memoir? We've been down this road before, dude. Manly stuff is what you make manly. When i was a little boy, my mother got me a library card and forced me to read The Last of the Mohicans. A classic. However, I thought it was going to be faggy drivel. When I finally saw Magua was out jacking up white folks with his tomahawk, I thought it was the greatest book ever. Later I came to appreciate it as a literary milestone. Hey, you can even read The Iliad as a war and sex (even gay sex) story; The Scarlet Letter is about boning the wrong person chick/dude. Just find something in the work that appeals to you, and the rest will follow.

I've been feeling quite a bit of this duality lately and I've been looking for something good to read for awhile now. I'm so glad I stopped by to see what you're up to. I'm going to get this on Saturday.

I'm recommending this one for my book club for sure. Thanks again for the rec

I tried to get it this weekend, but I'll have to try BlackExpressions because no Barnes and Noble in the Greater Los Angeles area has it in stock.

thank you, chris, for mentioning my book on your site. and to all of you who have commented - and those of you who haven't - thank you so much for your support! it means so much to me.

please visit my site, www.eisaulen.com and contact me if your book club would like to have me visit to discuss crystelle mourning.

It is a fantastic book, it provides good information and some good theories, that can not be dismissed.

klonopin 2mg klonopin get you high - klonopin for sale

No matter if some one searches for his necessary thing,
therefore he/she needs to be available that in detail, thus that thing is maintained over here.

Howdy! Do you know if they make any plugins to help with
SEO? I'm trying to get my blog to rank for some targeted keywords but I'm not seeing very good gains.
If you know of any please share. Thank you!

We are a group of volunteers and starting a new scheme
in our community. Your site offered us with valuable information
to work on. You've done a formidable job and our entire community will be thankful to you.

I've been surfing on-line more than three hours these days, yet I by no means found any interesting article like yours. It's
lovely price enough for me. In my opinion, if all website owners and bloggers
made excellent content as you probably did, the web shall be much
more useful than ever before.

Hi my loved one! I wish to say that this article is awesome, great written and come
with almost all vital infos. I would like to peer extra posts like this .


Feel free to surf to my blog post http://3danimationfreaks.com/2013/01/29/the-online-world-for-boys-clothing/

I love it when people get together and share views.
Great site, continue the good work!