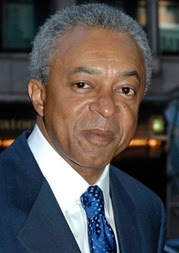 From the Associated Press:
NEW YORK - Stan O'Neal, the beleaguered chief executive of Merrill Lynch & Co., was reportedly close to resigning Sunday amid broad criticism for leading the world's largest brokerage to its biggest quarterly loss since it was founded 93 years ago.
In a week that included an $7.9 billion write-down related to subprime mortgages and O'Neal's unauthorized overture to sell the company to retail bank Wachovia Corp., the board of Merrill Lynch reached a broad consensus Friday for his dismissal, according to several media reports. He would become the highest-ranking casualty of the global credit crisis that swept through Wall Street's biggest investment banks during the third quarter.
An announcement of his departure could come as soon as Sunday evening or Monday morning, according to reports in The Wall Street Journal and The New York Times.
A Merrill Lynch spokesman declined to comment Sunday.
Merrill's 11-member board, which currently includes O'Neal as chairman, was expected to initiate a search to find a replacement that will include both internal and external candidates.
O'Neal, 56, came under fire Wednesday when Merrill Lynch announced a $2.24 billion loss as big bets on mortgage-backed securities were rendered almost worthless because of a global credit squeeze. His fate was also plunged into doubt after he initiated talks about a possible merger with Wachovia, according to the Times. Such a deal could have handed O'Neal a $250 million separation package if he wasn't chosen to lead the new company.
O'Neal, who rose to power five years ago, was known for shaking up top management and putting a greater emphasis on riskier bets rather than the safety of just selling stocks. That strategy — which handed Merrill Lynch record results during the market's peak — came with a heavy cost during the tumultuous third quarter. The company said Wednesday it didn't know what impact it would have in the current earnings period.
O'Neal shouldered the blame for the earnings miss.
"I'm not going to talk around the fact that there were some mistakes that were made," he said in a conference call with analysts Wednesday. Merrill Lynch shares plunged for two days, then spiked Friday amid speculation O'Neal might be forced out.
Investors, who have seen Merrill's shares slump by 30 percent this year, will now be keenly interested in who might take control. Widely tipped as a successor is Laurence Fink, currently chairman and CEO of asset manager BlackRock Inc. He's credited with being one of Wall Street's most powerful players in the fixed-income market, which has been slammed by a global aversion to risk as mortgage-backed securities lost significant value during the summer.
Fink had dinner with O'Neal on Thursday but has yet to meet with Merrill's board, according to a person familiar with the matter who was unauthorized to speak on the record. Merrill Lynch owns a 49 percent stake in BlackRock.
Internally, Gregory Fleming, Merrill's co-president, has been named as a possible replacement, as has Bob McCann, who heads Merrill's brokerage division.
Posted by Christopher Chambers at 4:42 PM

The word is that Dick Parsons is on his way out too.

Hate to hear of anyone losing their job, but if the Golden Parachute is $160 million large, methinks Stanley will be just fine.

Will the big stockholders now avoid black CEOs? It's always disparate when it comes to us--they judge us by a few. In corporate America this kind of housecleaning happens all the time but there's "judgment" aspect. It's the same with female CEO on the way out,too.

Ambivalence. "We" need men and women like him--visible and powerful. Indeed it's a more direct path to what O'Neal accomplished then success as a rapper or in the NBA. On the other hand, he's playing in big leagues were unregulated asses are spending other folks' money while we peons look on and think it doesn't affect us. It does--the mortgage crisis being the latest example, and people like Stan still whine about Sarbanes-Oxely and moan about new rules contemplated for hedge funds and the commodities and private equity markets. Still, Stan's blackness increases scrutiny and visibility, and I'm sure the white pirates will chaulk this up to that blackness and our supposed lack of business skills when it comes to things outside of drug sales! In fact, he's just a pirate himself, and suffered the fate of all pirates, white or black!

Dick Parsons is getting sacked? He's weathered storms before and hasn't gone (totally) for the quick buck.

O'Neal got too slick. He's a cold fish and if he'd just come clean with the board and the big shareholders all at once, he'd be OK.

Sounds like he's the scapegoat. A lot of banks got crushed by the subprime mess and some no longer exist. I don't see this as O'Neal's fault.

I think Stanley O'Neal's 'failure' will be used by Wall Street as an excuse to avoid black executives.

No matter how many times
the pale titans of Wall Street fail or get bounced from their jobs, stockholders are always willing to put their faith into another one.

He had a good ride and I wonder if that $160 million will be used for funding any new businesses.

having worked in public finance as the dc debt manager in the early 90s and known many of the black public finance folks, i can say that wall street does in fact judge people of color and women leaders in the same way the larger dominant society does ... with a lot more judgment and scrutiny...
they come after people of color and women with a vengence. so i am not surprised by what happened with mr. o'neal. i think that some of wall street will use mr. o'neal's experience as a reason for not promoting other people of color.

What's up, after reading this awesome paragraph i am also happy to share my experience here with friends.