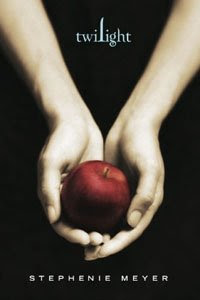 Yes, it's OK to hate on other authors. Venal, stupid. Sure. But it feels good. Stephanie Meyer is one I despise. I drool with vitriol. Twilight is made, manufactured, contrived, measured, alchemized, tailored for your average Ugg boot flip flop texting post-Hannah Montana tweener. Destroy every vampire convention and paradigm? Fine--that's cool. Just replace it with a new mythos, like my girl L.A. Banks has. Don't transform it into "The Hills" and "The O.C." and "Gossip Girl" meets a female verison of SE Hinton's/Francis Ford Coppola's "The Outsiders." It's not insipid as Sisterhood of the Traveling Pants. But Sisterhood doesn't have any melodramatic pretense nor does it provide a crutch for a braindead generation. But hey, you know your audience. Such will spawn pretenders and editors who'll say "Hey, can you do a sort of Twilight?" Even in a recession, teenage girls will buy, buy, buy. And yet again, don't crow "At least they're reading." They won't graduate to other stuff. No. Please.
So here's the skinny on the film adaptation Twilight (click). Yeah, yeah. I'm hating. Jealous, even. But I'm not on this earth to indulge teenage girls. Be nice to challenge them. Insipire them. Teach them to think out of the box. Ummm...then again, we are talking about American teenage girls here...
Posted by Christopher Chambers at 10:53 PM

I don't get it. Then again, I'm not a disaffected, Marie Claire-reading 15 year old white girl. Different strokes, as the Bard Sly Stone said!

My granddaughter reads these and yes I took her to the movie during her Thanksgiving break. There was screaming when the lights went down. Sheer joy! I know I did things like that in 1972 with Bobby Sherman and David Cassidy (maybe I was a bit older!). But I never had that reaction over a book. Books are supposed to feed your soul by taking you other places.
This seemed to be instant pop culture. I will not judge my granddaughter's tastes but I had hoped these series of novels would, like Harry Potter, create a "new universe" and new ways of thinking. Perhaps this will plant those seeds in another girl's mind, as well as my granddaughter's. That's why it's important that they are reading something. No mater what.

Come on--if you don't want to be called a geek or goth for reading a book like Harry Potter or fantasy, but want to read a book 3 inches thick, and you are female, Twilight and Eclipse fit the bill.

Since you being stirring up drama on my blog today, I thought I would take a look at yours. No wonder we get on each others nerves. Awesome blog.

I posted on this Twilight stuff already. I wish I caught your attention then. I don't get Meyer's books either and I am disturbed at the racism with her darker-hued characters, but does it matter if her books are not Harry Potter quality, if she rakes in all the Potter like cash and attention?

Just wait until the Hannah Montana movie comes out.

My teen read the Twilight series AND she is excited that Toni Morrison is back on the scene.

Just like she has Sam Cooke and the Spice Girls on the ipod.

I don't share all of her tastes but encourage the complexity and individuality.

I think there is only a problem when a sugary piece of bubble gum is being sold as a hearty steak dinner.

The author behind Twilight is a Mormon who wrote the books to achieve better support for Mormonism.

Of course, she wrote all this stuff before the big Prop 8 shakeup, so now her works might not come to fruition.

Saw this and thought of you, Mr. Chambers.

I saw Twilight because I wanted to see what all the hype was about and I have to go with the line from True Blood: “Honey…if we can’t kill people, what’s the point of being a vampire?”

All that overwrought symbolism for sexual abstinence is a little much unless you are a 15-year-old girl which is exactly the audience for who these books were written and this movie franchise is being produced.

But hey, every generation has to have something of their particular pop culture to hang on their walls.

A Mormon. So all these girls are paying for her tithes...