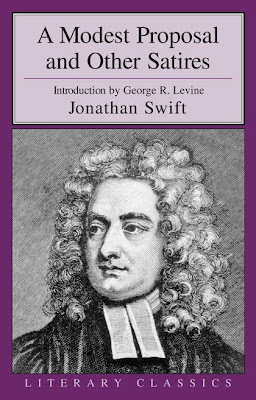 I'm feeling Swiftean today. No, not quite the biting satire of A Modest Proposal. This is a bit more tame, but the debate should be vigorous. As I look around at the first generation immigrants from Honduras, El Salvador, Guatemala, Ecuador, et al in this area, I see young women with lots of kids. Very young. I see Latinas in their 30s who look fifty...and again, with kids. Is it the same with Mexican teens and young women in California, in Te 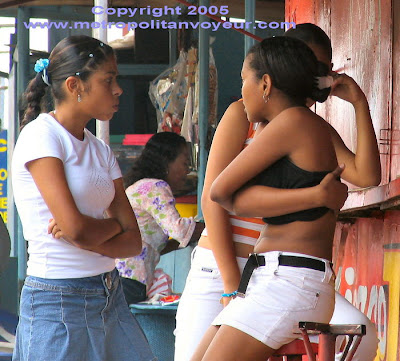 xas, or Puerto Ricans & Domincans in New York? Or with the "hey we're just white people with accents, not Indians & negroes" Cuban nobility in Miami?
Public intellectual Richard Rodriguez posits that the label "Hispanic" (a Nixonian construct designed, ironically, as with his formulation of affirmative action, to control or divide rather than empower minorities) is uniquely American because as Americans we are in reality all a mixture, all impure. So I pose this question, Swiftean style: How would Hispanic culture, politics, economic concerns be utterly transformed if young Latinas would simply stop having kids, perhaps putting that off till their 30s? [whew imagine the maschismo metldown...the illegal alien & healthcare wingnuts' kerfuffle...school building budgets etc on top of that...]
Posted by Christopher Chambers at 1:08 PM

Since I know something about what Swift was trying to convey, I know you're NOT trying to be racist. But...

The transformation would be apocalyptic. They are based on having kids, and on machismo. That is culture. You would be asking themto utterly change, like turning a tree into a rock. It just wouldn't happen.

I don't believe it's that simple. We (Latinos), regardless of our color or our national origin, do share a few common threads of culture. We're generally religious, family-oriented, and passionate about such. To ask us to give that up would be asking us not to be Latino. It's not feasible any more than it would be to ask blacks to stop playing basketball or stop respecting their mothers. It's culture. Live and let live. Not to bust balls here, and I do believe in increased border security simply as a matter of mathematical necessity, but we've been here since before the Anglos got here. Learning English and a base level of assimilation are necessary, but not asking for a fundamental shift in Latino culture itself.

What I want to know is if you'd support the same cultural shift for blacks, Chinese, Filipinos, or any other group.

ALSO: I have a bone to pick with your assessment of Cubans. Cubanos, Puertoriquenos, Uruguyans, Mexicans, Chileans, all come with majority white populations. In Uruguay and Argentina, it's conceivable to have a Spaniard or Italian family that has never mixed with Indios. My question to you is, does that mean that you base your understanding of impoverished or disadvantaged on race, as opposed to actual financial factors and place of origin?

This is truth, I'm gonna say something maybe will be funny but it's truth, the reason that women in those countries have a lot of children is because they're really poor and they don't have television and any other entertainment, that's why the only way is having sex and making a lot of babies, thats' the reality, actually there are some surveys that support it.

Create your google gadget for Learn Spanish for Kids is a developed by Progressive Media Partners, LLC writer, stats analyst, and data visualization designer. His work can be found on Learn Spanish for Kids and Family and learning spanish at home, as well in the english to spanish for kids and various spanish for kids for the english to spanish worksheets for kids. Thanks
>i.e. https://storegadgetwizard.appspot.com/servlets/gadgetServlet?key=0Ak9gICdDDqridG8wb0FLcXJSczJ2My1uVHlIaGdNVFE&mid=336840755239854&currency=USD&sandbox=false&gadget=LARGE

Pretty effective piece of writing, thanks for the post.

Sun Flower said...
This comment has been removed by the author.
2:54 AM

Wow great post very informative, all i can add is if you would like to read more on the subject of Engineering Services and Solutions you should visit this location! Hope it is helpful!