My Cryptic Take on Barack Obama. Be gentle with me... 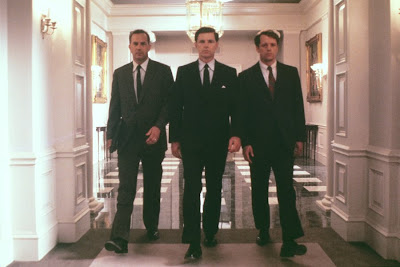 Nat played hookie from Natly duties to watch Kevin Costner’s not half bad history-drama “Thirteen Days.” It wasn’t as wacky as Kevin playing Jim Garrison in “JFK,” but nor was is utterly contrived as in Danny Devito’s directorial debut in “Hoffa.” (ironic, Kennedy-Hoffa, eh?) And then, in Busboys & Poets on 14th Street, Nat sat at the bar with a relative of one of JFK’s principal aides. Wolf Blitzer was growling on the tube above about politics. This relative, which I shall NOT name, is very close to JFK White House special counsel and speechwriter Ted Sorensen. Sorensen was among the first old head Democrats to endorse Barack Obama.

You know Nat loves historical parallels. Barbara Tuchman, you are missed. This is an age of celebrated ignorance (I should show you the emails and texts…not to mention the essays, they’d only make you cry I get from 1 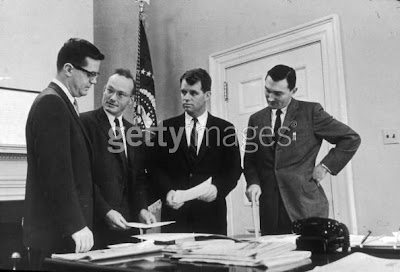 8 to twentysomething students…even Georgetown students. Credibility has come to mean with you mindlessly agree and who you hate. It used to mean critical thinking, preparing a researched position that is supported with logical appeals, emotion, evidence, and the ethical treatment of other points of view. It was about dignity of accomplishment, rather than splatter. It embodied a time where even Huey Long was somehow more palatable, credible, than Sarah Palin.

I’m thinking of doing a long essay on how 2008-10 is really 1867-1876 (Reconstruction and post-Reconstruction), in a snow globe, at light speed. Hey, 50% of the treatise would be dismissing the redneck myths about that time when America was truly made. Here’s 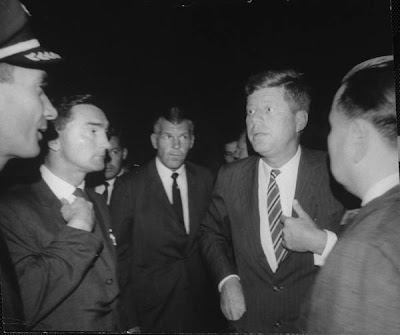 a little warm-up, and little discourse for shits and gigs, with another parallel as model. Remember my Busboys & Poets encounter, above…

When Obama ran, when Obama was elected, some supporters and detractors spoke of him as a newfangled JFK. Sorensen’s analysis and analogies where thoughtful though a tad rose-colored. Most of the statements entailed ill-informed second “Camelots” or Michelle as a 21st century Jackie, or “empty suit” talk; some comments were paeans to vigor (“viggah” in Kennedy-ese) and a new age, some were truly loony “ACORN as Joe Kennedy and the Mafia stuff.”

The parallel cures and solidifies when you look at their presidencies with a historian’s eyes, both one year in. Huge promise, yet huge divisions and mistrust. Enemies of all stripes thinking neither deserved to be in the Oval Office. Big missteps, small victories. Bold ideas, small and sickly conventional follow-through. Two men in charge who were/are products of their upbringing in the most pinpoint sense of that admittedly hackneyed term. You lay the outlines side by side and say…whoa.

So here’s my cryptic measure of Barack Obama’s first year: What would the Obama White House—this supposed “Change” movement—be like if Barack had true counterparts to P. Kenneth O’Donnell by his side. And a Robert Francis Kennedy. If Joe Biden was mo 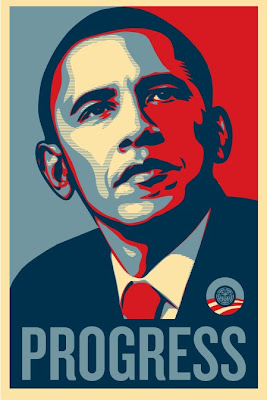 re Lyndon Johnson and less, well, Joe Biden? Hell, if Glenn Beck et al were less clowns, and more like James Reston or Walter Lippman? If Al Sharpton was more Roy Wilkens, and Hillary Clinton a younger Eleanor Roosevelt in her? Beyonce was Eartha Kitt. Blake Lively was young Helen Gurley Brown? Or if Joe Lieberman was less a tool, and little more like Everett Dirksen?

Would this nation, the world, be a better, safer, more just place? Probably not. Would there be Tea Partiers? Likely more so. Look at what was happening in the South then. Made the “Don’t tread on me” nonsense look like a Victoria’s Secret show.

But I’d feel a lot more comfortable about things. I was an infant when Sorensen and this person’s famous granddad were in there where Barack, Rahm and Eric, Susan and Hillary were in 1962. Now I am middle age. I wish I were a baby again, yet with adult ears and eyes.
I hope for the best in 2010. That word hope hasn’t been cheapened. Not yet...
Posted by Christopher Chambers at 1:43 PM

Isn't that the crux regarding having a Bobby and a Kenny O'Donnell: Obama's upbringing and family life vs. Kennedy's. Even W., being wealthy had access to the close shepherding relationships and mentors, school chums. Obama was a single actor who was forced to burn bright and alone. That's not conducive to close knit long time advisors, or even people with the savvy and intellect of O'Donnell or Bobby.

Chicama Vineyard said...
This comment has been removed by the author.
4:39 PM

I like your Reconstruction analogy. Being from Mobile and seeing what these so called "patriots" have afoot it does hit home, and I was mentioning that very Reconstruction point to my grandson just before his classes ended.

Interesting piece and comments so far.

Why take this history-veiled dig at the man? Just come out and say you don't like him. Frankly I don't think you ever did.

I fail to understand the overall "gist" of your post. In what possible ways do the years 2008-2010 bear any resemblance to Reconstruction?

What parellels (social, political, economic, etc.) can be drawn between the two eras? Aside from a few politically-motivated and intellectually-dishonest ones, I can't see it.

I think it's about perceptions of change (psychic and political, and cultural), and almost violent backlash. Maybe it should be "reaction" to Reconstruction? The ex Confederates and Democrats who were out of power (or had seceded spelling?) were also manipulating rank and file whites. There are other connections as well; I like Barbara Tuchman and James Burke too!

So grow out out the mental box, Anonymous. It can be done. I fully understand what he's saying.

Good post, Nat. I "get" it. LOL Hope this can be reposted in the Grio or the Root?

I want to initiate some lively debate here, but I feel like you're operating under a race-based frame of reference that prevents such. There's probably no convincing you of the folly of your allusion to Reconstruction, and I'm sure that the idea of uninvolved whites paying for the crime of slavery just doesn't move you all that much. Out of curiosity, are you also mistrustful of Arabs and African-born Muslims? You know, the people that actually obtained slaves for sale on the Gold Coast during the slave-trade era? You do realize, I'm sure, that Obama's relatives (on both sides) were exponentially more likely to have benefited from slavery than to have suffered from it. Have you ever even meet a "tea partier"? I'm just curious.

I fail to understand the overall "gist" of your post.

Incoherence and detachment from reality is Christopher's literary trademark. He's on a roll, don't worry about it.