Inauguration--from The Root and MSN.com 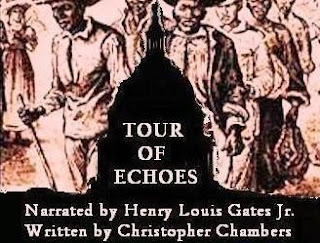 Enjoy. DC is like Christmas and Mardi Gras.
Posted by Christopher Chambers at 12:52 AM

Hello, we've left comments on The Root.com and MSN.com. Very, very nice. I am seldom impressed but you have blown me away and I hope Skip Gates showed this to Oprah at the American Museum this past Sunday night.


Beautiful and intelligent title.
Hope Native Americans and all people victim of injustice ONE day to hold the light.

Saluting you, Nat! Not cheezing too much am I, but I'm jealous at not being out east for this.

This piece would make this lady proud:

ATLANTA, Georgia (CNN) -- Ann Nixon Cooper craned her neck and leaned her head forward. On the television set across the room, Barack Obama moved forward and put his hand on the Bible.

At 107 years old, Cooper said she always believed she might live to see a black man sworn in as president of the United States.

"I had that in mind all the time -- all the time -- hoping for a great change that would happen in my day," she said, a charm necklace with a gold "107" around her neck.

"I was hoping that it would happen in my time."

This moment in history, she said, marks one of the greatest days of her event-filled life.

"I'm most excited about it ... just nothing but the greatest," she said, a wide smile spread across her face. "Our new president means nothing but more freedom as a human being. That's all. That's all it could mean to us. You feel more like a real person." Watch Cooper's reaction »

She knew the Rev. Martin Luther King Jr. when he was just a boy in Atlanta. Today, she said, "he would be most happy."

She added, "That's all I looked forward to: better days, because we've never known any better days. But now, you see, we can live like real people."

The African-American centenarian, three grandsons and her caretaker gathered in her quiet Atlanta home to watch the inauguration of the nation's first African-American president. When Obama began heading toward the ceremony, she asked not to be bothered. "I've got to be concentrating," she said with a smile. Watch "Hope over fear" »

The grandsons clapped their hands when Obama was announced to the sea of people who had gathered on the National Mall. "Look at that crowd," said Jeff Cooper, one of her grandsons.

Cooper sat quietly, taking it all in, her legs wrapped in a fuzzy red blanket. She laughed and smiled moments after Obama was officially sworn in. Obama began his speech with the words, "My fellow citizens."

At the end of the speech, Jeff Cooper hugged her and kissed her cheek. "Grandma, how does it feel to have a black president?"

She said she remembers the days when she couldn't vote and was subjected to racial slurs and injustices. "There was a time when they thought they could just kick us around," she said. "Now, it has changed."

She said she could've been at the inauguration Tuesday, but she wasn't up to it because of her age. "I didn't need to be there. They know my thoughts," she said.

Eric Mannings, a 54-year-old grandson, said simply, "This is history. Let me start by saying, 'God is good.' "

"My understanding of the struggle comes through my parents and grandparents," he said. "The difficulties involved in just being black in America have been so overwhelming."

He said he was proud to share this moment with his grandmother. "She's gone from oil lamps ... to cell phones, from horse and buggies to spaceships. She's seen it all."

"She has seen black people liberated." Watch the struggles of a slave's grandson »

Of Obama, Mannings added, "This isn't the end. ... He's the American president, not just the black president."

Ann Nixon Cooper celebrated her 107th birthday last week. The "107" charm necklace she had on for this day was given to her by Andrew Young, the former U.S. ambassador to the U.N. and former Atlanta mayor. He's given her a new charm every year since she turned 99.

Cooper and her late husband, prominent dentist Dr. Albert Cooper, raised four children in their Atlanta house. The home was a center of Atlanta's black society and the scene of many parties.

In Obama's victory speech in November, he praised Cooper's fight. "She was born just a generation past slavery; a time when there were no cars on the road or planes in the sky; when someone like her couldn't vote for two reasons -- because she was a woman and because of the color of her skin."

Cooper has called Atlanta home since the 1920s. She co-founded a Girls Club for African-American youth and taught community residents to read in a tutoring program at Ebenezer Baptist Church, where King preached.

Celebrities, including the late singer Nat King Cole, often dropped in to visit. "It's been a house with a heap of living going on in it," Cooper said.

Born in 1902 in Shelbyville, Tennessee, Cooper danced the electric slide up until the age of 103. She has recently slowed down after suffering several heart attacks and a fractured hip.

On a typical day, Cooper spends hours watching television in her wood-paneled sitting room. Her favorite shows are "The Price is Right," "The Oprah Winfrey Show" and "Dancing with the Stars."

But on this day, the set was tuned to CNN and the swearing-in of the nation's 44th president. All Americans, she said, need to "work with him."

"All of us work together, and it will all turn out all right. That's the way I feel about it."