Amid Frenzy over The King of Pop, don't forget the "Queens" who died in a mangled subway car 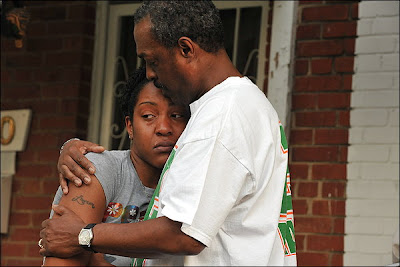 Outside UCLA Medical Center, and the Jackson Family state in Encino, there thousands of people gather. Some truly moved and paying their respects, some wanting to be part of a happening (this is wacky California after all). They mourn with an intensity not seen since Elvis departed this Earth for peanut butter-bacon-Qaalude sandwich heaven, and Mark David Chapman gunned down John Lennon.
I get it. But there's no frenzy, tears, sighs or 24 hours coverage for the working moms torn to pieces, smashed and broken in the Metro crash outside of Ft. Totten station, D.C. "Blanket" Jackson will inherit millions. What of the kids of these women...working moms. Single working black and Hispanic moms breaking their backs? What's being devised or legated to them other than sorrow and financial ruin? And Metro, existing on a pittance because the governments of DC, Maryland and Virgina want to keep it a feudal vassal (and GOP Administrations who see mass transit as a little too populist), is at a loss as to how to keep this from happening again. Some of our suburban jerks even sneered that the dead train operator, Jeanice McMillan, was likely yapping on her mobile phone and not paying attention. Jeanice's phone was found in her crushed backpack, turned off. And her family has to endure that dig. The kids of another mom, Ana Fernandez, are apparently receiving anonymous harassing calls about their dead mother's immigration status.
Let's lay some digital flowers, then, on some graves--not just these women, but the men who died, too. Real Dads. Real couples, like the Whereleys. No not single black moms struggling to feed their kids. Just as tragic. General David Wherley and his wife Ann were on their way back from Walter Reed, where they visited DC National Guardsmen--90% of them African American, wounded in Iraq and Afghanistan. There's no 90 minute Today Show coverage for the Wherleys or the people they were visiting. Meredith Viera--who was once a real journalist--isn't here to prattle on about how she danced to "ABC" in her bedroom as a little girl.
Nope.
In a subsequent post I'll show you photos and bios, memorial funds. Real people. Real problems. No face-altering plastic surgery. But let's start. 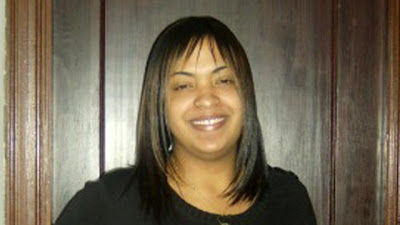 This is Veronica DeBose, single mom of two little kids. Going to night school to become a nursing assistant. Once she got her certification, she was going to move to North Carolina, buy a little house, re-start her life.
Posted by Christopher Chambers at 11:25 AM

This really put things in perspective.

I'm SHOCKED. Yeah you have some trademark snark, but this is remarkably, well, empathetic for you!

By the way, I am one of these conservatives who DOES support mass transit. You are absolutely right: WMATA is a feudal creature and needs to be abolished and re constituted.

As a redline rider, i wonder if i ever shared a seat or made small talk with any of the individuals that passed away in the accident. Both events are very tragic.

This is so very sad, and no, they should never be forgotten. The General and his wife thing is pretty bad. There is no round the clock coverage for them or the men and women they were visiting.

Unknown said...
This comment has been removed by the author.
2:38 PM

Here..here not much else to add except you are right.

Great post. Thanks for reminding us what really should be important.

Chambers,
Yes you can dish out some world class snark, but I know that you have a softer side. and this is it. Well done Mr. Chambers. This keeps everything in perspective. We ride the Red Line all of the time, and I am frightened. WMATA needs to take care of this aging system and protect its passengers.

Thanks for this. It's an emotional relief to read this -- it recognizes the real people who live in the world of the everyday, which is my word too.

What the F$$K does this have to do with Micheal Jackson?! Other than for hating assholes like YOU to make a 'dig' at him and no DUH dumb shit famous people get coverage non famous DON'T that is not new! There were regular good people dying when stupid,nasty skank Anna Nicole passed away. Yet the media,for reasons know ONLY TO THEM,chose to give us round the clock 24/7 attention to someone who at best was a straight up D-lister. Just like nice regular people died the same time as John Kennedy Jr. that didn't stop the media from going on ENDLESSLY about him,his family,his wife,the 'curse' what have you. And nice regular people died when Princess Diana passed away but you'd never know it from the INTERNATIONAL[and excessive]coverage her death received. why does everything involving black people have to be so damn 'either or' with you people?! God forbid a long time superstar get THAT much recognition from him passing and you didn't say that when YOU were giving him attention either Chris. You don't seem to care about overattention when you are jumping on the bandwagon og 'hate O.J.' while ignoring COUNTLESS stories of 'regular' innocent and most of the times unarmed black men and women at the hands of bigoted trigger-happy police!

Depending on where you want to stay during your holiday, Barbados offers a variety of different accommodations for the visitor. Most popular are the elegant and sumptuous hotels on the island, which are often set in the most beautiful surroundings and ideally placed for many local attractions as well as the beach, and there is a wide price range of rooms available to suit all budgets. Another option is a resort; this is like a hotel but set in its own beautiful surroundings and featuring a whole host of exclusive options, including spa and wellness packages, beautiful swimming pools and secluded private beaches. Resorts are exclusive, and that exclusivity does tend to come at a slightly higher price. Other options include guesthouses, which are popular with students and travellers on a budget, whereas families who like a little more privacy and quiet time find apartments and villas for rent are a great way to experience life on this idyllic island. barbados holidayLaptop Jack Repair

It was very interesting to read about this in your article. blood pressure Read a useful article about tramadol tramadol

I'm the younger sister of Veronica. I just came across your post 7 years after the passing of my sister on that crash... thank you for taking the time to blog this post. To say it has been an adjustment to get used to life without her is an understatement, but her children and the family are doing well. Thanks again.