Whither Journalism: Vibe is folding 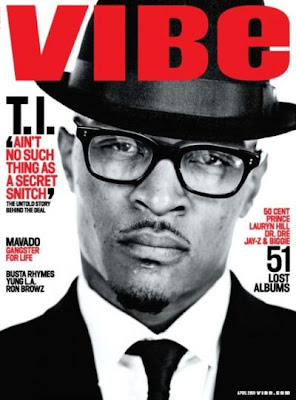 This is from Gawker.com. Note the irony that an online "news" service for peabrains and short attention span folk breaks it...and that they quote Wikipedia:

Vibe Magazine—one of the biggest music magazines in America—is folding. The entire music magazine landscape is full of the dead and dying.
Wikipedia sums up Vibe unexpectedly well:
The magazine owes its success to having a broader range of interests than its closest competitors The Source and XXL which focus more narrowly on rap music or the rock & pop-centric Rolling Stone and Spin. It also differs from the more staid Essence, Ebony or Jet publications by attracting younger readers of many ethnicities.
It was essentially the black version of Rolling Stone, and its readership grew broader as hip hop became pop music. (Kind of fitting that their last issue had Eminem on the cover). But Vibe hasn't been doing well for a while now; in February, the magazine cut its circulation and frequency, and salaries. Now the music industry is crumbling, and the magazine industry is crumbling, and the music magazine industry is really crumbling.
And I like this quote from theRoot.com: Vibe wasn't always right, but it was one of the good guys."
OK. Recall when music journalism was one of the major fonts of feature writing. Sharp, engaging, insightful? So basically we're saying all we want is TMZ.com-like gossip and tawdry images of cameltoe on redcarpets, screeds, bullcrap fed by publicists of these so-called "artists?" After watching the BET Awards Sunday (and hey, getting the buzz on the landscape of African American prose publishing from BEA) I guess I have my answer.
Posted by Christopher Chambers at 4:12 PM

Toward the end, however, weren't you getting sick of the endless ads and the stupid polls ("Are you a baller?")? Even Rolling Stone is a joke compared to what it once was!!

It’s doesn’t end with Hip Hop or Music Journalism… Check out all areas of the print media business - Advertising is down putting the continued existence of many magazines and papers in jeopardy. Newspapers lost the classifieds to Craig list and magazines lost their nation advertisers with the latest meltdown….

Go pick up a Times, Post & WSJ; or a GQ, Vanity Fair, Cosmo, Maxim, SI, Time, & Newsweek and you’ll see they’re half as heavy with half as many pages… What’s missing??? LOTS of glossy shiny ads with beautiful people using sex appeal to sell product to the masses… :(

Sadly we’ve become a nation over saturated by DATA and short on reasoning and thought. People get lots of facts but no longer have the patience to have a writer put facts into context. The result is that most of us become a nation of reactors to our feelings rather than logical thinkers when facing problems and issues.:(

Thats too funny, I left a copy of British GQ, and WSJ on a bench at my local barbershop. Brother picked up WSJ and dropped it like it was kypnonite!

How many essay/critic books on music ( regarding Afro-american artists ) there is out there, and how many of them are penned by afro-americans?

I think the focus should be aimed at music/art teaching. These publications practically have FEWER acts to write about ( mostly due to cultural myopia ).

About music in the USA there are allot of fanzines ( i guess most of them are free, but they are Very underground - i mean NOT for the mainstream taste ) and the mag Signal to Noise for those who crave improvisation/experimental and vanguardists, in Europe there is THE WIRE, with pens aimed at all sort of music, from all over the world regardless of time, as long the subject resist the weight of time.

Hmm.. I've thought about this alot..... It does lead to other issues...
frokostordning