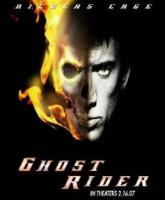 OK, rumors confirmed: apparently the Sub-Mariner film is a go, to be directed by Terminator 3's director Jon Mostow; no one knows who will play Namor. Please...not Matt McConaughey. Makes no sense! As stated in the post below, ol'Shellhead, The Invincible Iron Man, will indeed be played by Robert Downey, Jr. Crap! Ghost Rider with Nick Cage comes this summer. The Green Lantern comes Summer '08, as the DC-related heroes seem content with toons rather than live action, unless you're Christian Bale as Batman. Guess who's The Joker. Heath Ledger! Yeah, I guess Heath will snuggle the Dark Knight under his cape, undo his utility belt and...and then Batman will cry "I wish I knew how to quit you!" Brokeback Bat Cave...coming to the Rave near you. hahahaha

But riddle me this, and speaking of dark knights, both the Green Lantern and Iron Man had brothas take the ring/armor at some point. Indeed the GL's new incarnation is black in the Justice League toons. Can't we thus PLEASE see a brotha on-screen? It's crazy enough watching all of the Spider Man's, then the FF and seeing no people of color at all as the superheroes and villians roll around New York!!! So maybe there're no blacks or Hispanics around the Baxter Building mid-town, but are you serious when you say Peter Parker's got NO West Indians living there in Queens? His school was full of white kids with NO accents. Not even a stray Italian kid with a Mets t-shirt?

FYI to me-self: the dude who directed the FF, and the upcoming FF: the Rise of the Silver Surfer, is a brotha. Tim Story. See, we can use the bama stuff like Barbershop (which he directed as well) as a jumping point. Look at Antoine Fuqua, Carl Franklin. Creative, visionary brothas. Gina Prince-Blythewood's gone from doing Terry McMillan adaptions to the film version of Wally Lamb's literary bestseller I Know This Much Is True. Come on...Fuqua needs to do Spider Man...
Posted by Christopher Chambers at 10:47 PM

I eagerly wait for the day when I will finally be able to afford a 20 TB drive, lol. But for now I guess I will be satisfied with having a 16 gig Micro SD Card in my R4i.