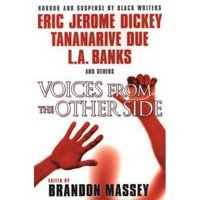 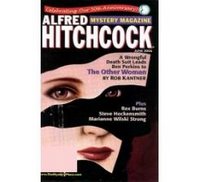 giant OCTOPUS, NOT A FRIGGIN' SQUID. Jules Verne turned squids into a cliche 150 years ago!!! Second, what about the new twist on the "captive scientist" thing? Or the metaphor of the monster of slavery? Nope. I guess I should be thankful for the positive review. After all, at least the wonk didn't use race code for the characters: "edgey," "gritty," "sassy." These would be the same people who'd say "Maybe Ludicris could play the main character in the movie? DMX? How about the Rza?"

Okay, so I'm not vexed. But this represents the lighter side of the neverending combat with the pigeonholing of black authors. Will it end? As Joaquin Phoenix to Russell Crowe: "Why can't you just die?"
Posted by Christopher Chambers at 4:21 PM